The stories below are the personal experiences of people who have been helped through money difficulties by us.

Mr Fletcher approached Capital Financial Management for Debt Advice in April 2013. As a result of a delay in an income protection claim following Mr Fletcher having been involved in an industrial accident, credit cards had been relied upon to pay essential bills. Through no real  fault of his own, a debt spiral had developed.

An initial meeting took place and having looked at the situation it became clear that Mr Fletcher had six credit cards with balances totalling over £20,000. The minimum payments were £337.63 per month and interest was accruing on all six accounts. It was agreed that the appropriate way forward was for Mr Fletcher to commence a Debt Management Plan.

Following commencement of the plan, all of Mr and Mrs Fletcher’s creditors agreed to accept pro-rata offers of payment. This resulted in the combined monthly payments reducing from £337.63 to only £45.67. In addition, all creditors agreed to stop applying charges and interest to the accounts.

In January 2017, Mr and Mrs Fletcher moved home and as a result they had a lump-sum available which was offered to creditors in settlement of their accounts. As a result, Mr Fletcher was able to settle £13875 of outstanding debt for £8808, saving just over £5000.

With the help of Capital Financial Management, Mr and Mrs Fletcher were able to resolve their financial difficulties in four years and they are now looking forward to a debt free future. 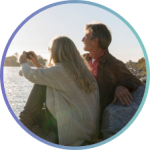 I have been very grateful for the expertise received from CFM over what has been an extremely difficult period for me. I would have no hesitation in recommending the services of the company

Simon, Debbie & Louise were very helpful in helping out with my financial difficulties